By Justine Trinh, Special Collections and Public Services Library Assistant Lead and recent UCI undergraduate with a bachelor's degree in Classics, Mathematics and Asian American Studies. Accepted into the Department of Asian American Studies @ the University of California, Irvine's 4+1 program, where she will begin her M.A. in Asian American studies this fall.

In the past academic school year 2016-2017, Asian American Studies celebrated its 25th anniversary.  But with this momentous milestone, there was the realization that many people did not know about the history behind the creation of Asian American Studies on campus.  I had heard whispers of what happened from one of my professors a few years ago that a hunger strike took place in order to get the major, but other than that nothing.  It was not until the 2016-2017 academic school year when footage of the 1993 protest, a protest only known to few, was graciously donated to the UCI Libraries and was shown in classes.  Still, many questions arose such as who were those people in the video, how did they organize a large protest, what were the order of events.  The chair of the department, Dr. Judy Wu, along with Dr. Thuy Vo Dang, director of the Southeast Asian Archive assembled a group, now called The Beginnings of Activism for the Department of Asian American Studies at UCI (BADAAS@UCI) of research interns to set out to answer those questions and more. 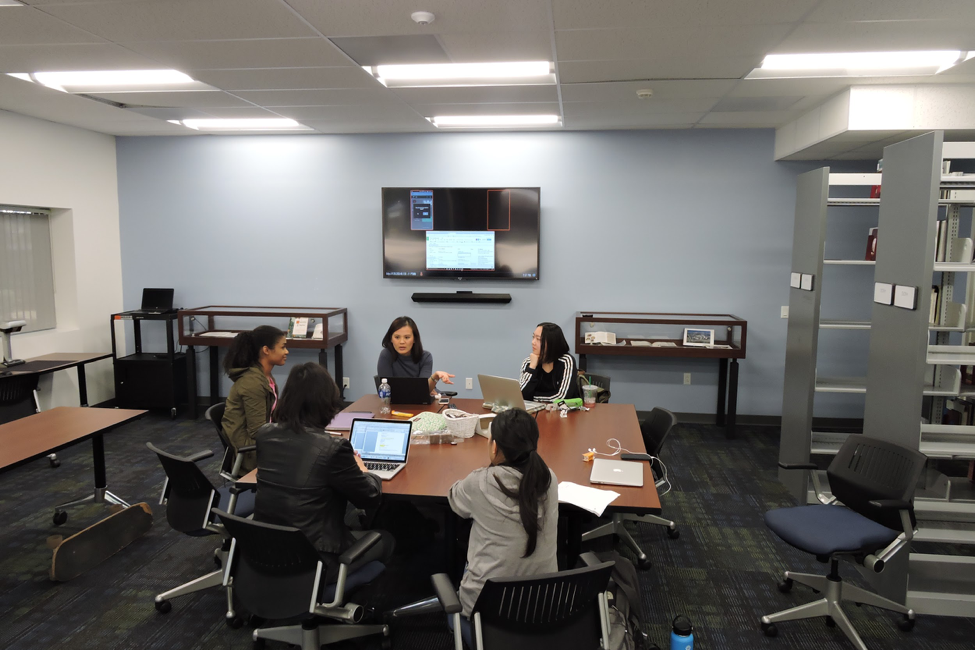 I joined this group in Winter 2017 since I wanted to know more about it.  One of my majors was Asian American Studies, and I had learned so much about myself through it.  Throughout high school, most of my education was Eurocentric, and while I found that interesting, I also found that I could not completely relate.  Asian American Studies gave me an opportunity to learn the world around me which I took for granted.  I remember going home and telling my dad how I learned about home temples in Little Saigon.  To that, he gave me a funny look and said, “We go to Little Saigon almost every weekend.  Have you not been paying attention.”   I could not imagine my UCI experience without it, and I wanted to know what went into making the major.

During the winter quarter, my research partners and I began our research looking at the course catalogues and the New U to figure out what time span we wanted to focus on as well as to see if there was written documentation of any of the protests.  From there, we collectively chose to focus on the 90’s since though the course catalogues, we discovered that Asian American Studies became a minor in 1996 and then a major the following year in 1997.  We found this fact to be odd considering the University claimed it was the 25th anniversary when the minor was created twenty years ago.  Through the New U, we learned of ESCAPE (Ethnic Students Coalition Against Prejudicial Education).  During Wayzgoose in 1991, now called Celebrate UCI, 200 protesters marched during the event demanding for Ethnic Studies.  This protest was not only for Asian American Studies, but also for African American Studies, Chicano/Latino Studies, Native American Studies.  From ESCAPE, the school made each group certain promises such as developing a program or more faculty. From there, we went up to the Special Collections and Archive to look at Rice Paper, Academic Senate Records, and later on the Cross Cultural Center Records.  Rice Paper was a student run newspaper that started out as East/West Ties in 1983. In 1991, East/West Ties changed its name in 1991 in order to transition its focus to more Asian American issues.  Rice Paper was like a treasure trove because it offered insight into what the students were concerned about during that time and provided contextual background.  To our disappointment, Rice Paper ended in 1997 citing a growing apathy to Asian American issues.  The Academic Senate Records were also disappointing.  We had gone through many boxes, but our findings were scarce.  Because we knew the years that Asian American Studies became a minor and a major, we knew there had to be corresponding paperwork.  We were unable to find the minor proposal, but we were able to find the major proposal.  The Cross Cultural Center Records were like gold.  We found newspaper clippings from local newspapers of the protest, documentation of the hunger strike, letter correspondences, and forms.  We had finally found physical evidence, and we were able to construct a basic timeline. 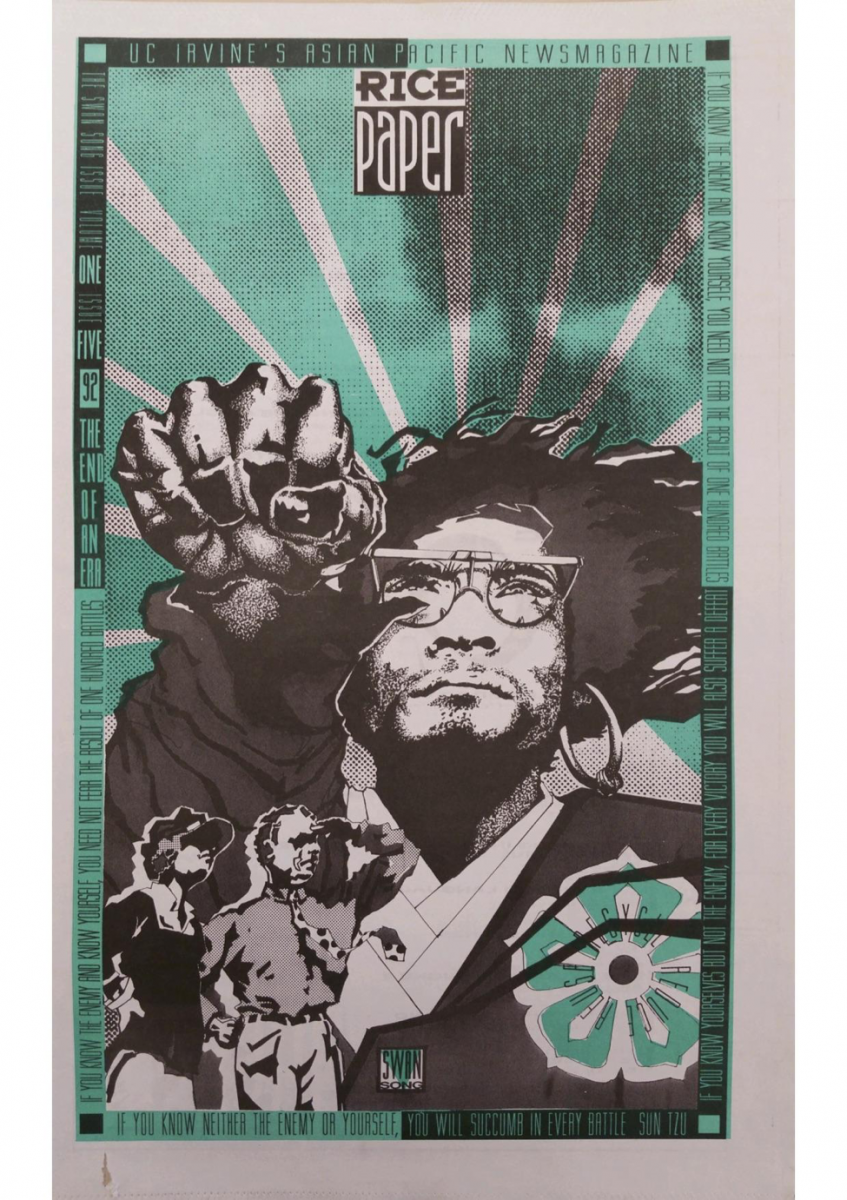 In 1991, the protest during Wayzgoose occurred, and the school had made several concessions in order to appease the groups.  However as many of the other groups got what they demanded for, Asian American Studies was left behind.  In 1992, the students were able to get onto the hiring committee, but problems arose during the hiring process.  In 1993, the students protested on April 22nd, 1993 by occupying the Chancellor’s Office which was later followed by a 35 day rotational hunger strike.  On the last day of school, June 10th, 1993, they decided to occupy the Chancellor’s Office again to show the administration that they were not going to go away and will be a presence at UCI.  They had slogans such as “World Class, My Ass” calling out the school for claiming that they were a World Class University while ignoring the fact that  42.6% were Asian American.  Following those protests, Professor Yong Chen, now the Associate Dean of the School of Humanities, was hired in 1993 as a joint appointment in Asian American Studies and History.  A search committee, which included one graduate student representative and one undergraduate representative,  was formed to hire more faculty.  From this Professor Dorothy Fujita-Rony and Professor Claire Jean Kim were hired.

During the Spring quarter, we transitioned to oral histories.  We found names from our research in Special Collections and began searching for their contact information.  Some of the names were already at UCI like the professors that still taught here.  Our first interview was with Professor Yong Chen, who told us his journey to UCI.  We then interviewed former staff and faculty who have either moved on or retired.   Dr. Mary Ann Takemoto enlightened us about how there was a need for Asian American Studies while Professor John Liu told us the inner-workings of the department and how it was initially formed.  As of recent, our interviews have been former students.  Those interviews were extremely valuable since they provided something the records and the archives could not provide.  The records and archives had factual evidence, but they contained information that the university deemed important and they could not convey the social relations between the protesters and faculty or the emotional tensions they faced.  The records lacked the social interactions that we found to be interesting and crucial to our research.  The interviews illuminated that as well as their thoughts of what happened of each other.  Some people were more open than others and openly told us what they thought.  Others were quiet and did not want to answer the question or evaded it.  One of my favorite anecdotes of the interviews was with some of the former students.  We had asked them how were they able to get everyone together since social media was nonexistent at the time.  Facebook did not exist.  What they would do was get up in the middle of the night and make chalk body outlines along Ring Road with the caption, “Asian American Studies is dead.”  Arrows would accompany the outlines and point towards the Chancellor’s Office, and that was how people knew where to go.  The records did not have any mention of that, but that story is fascinating. 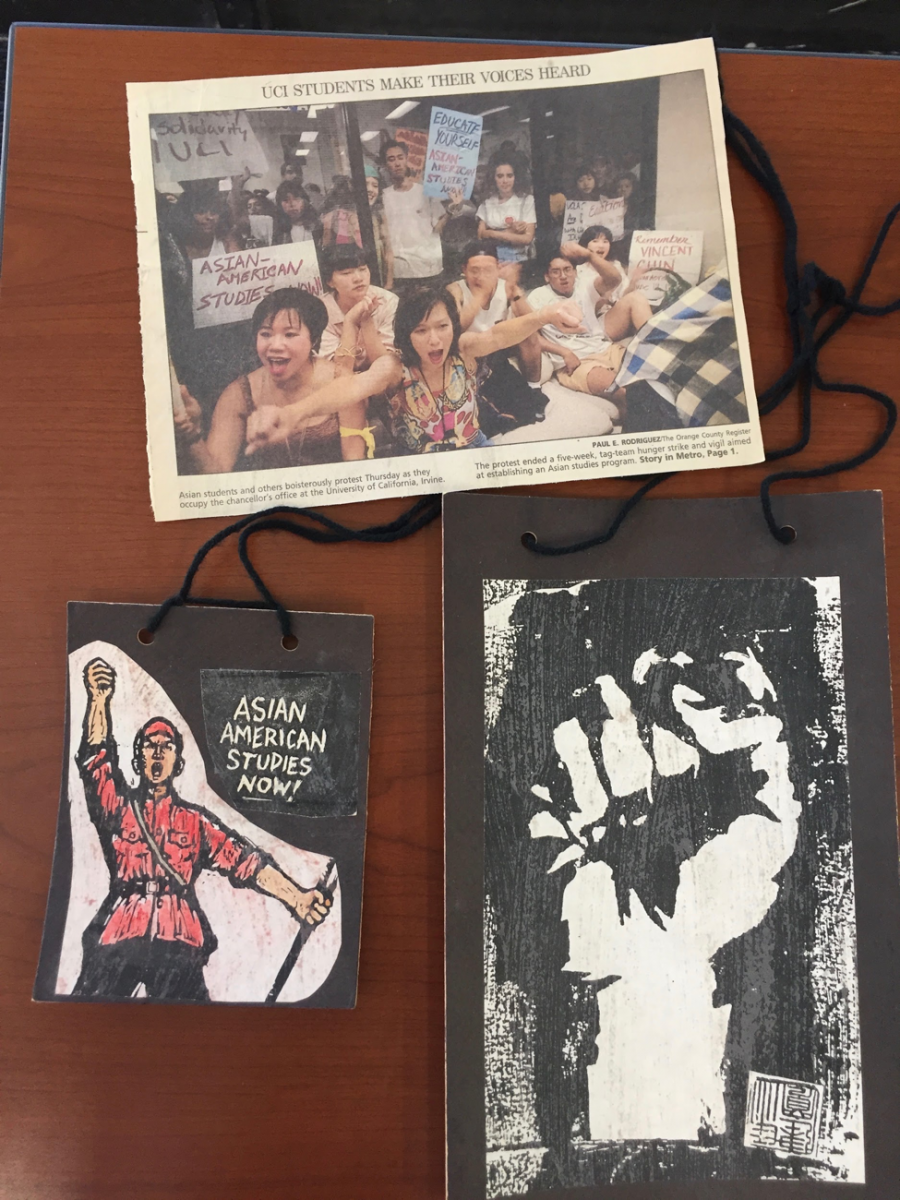 My partners and I have been able to present our research in various ways.  We gave our first talk in the OC&SEAA and a few days later at UROP.  We then presented our findings during the Asian American Studies Graduation Reception.  There, we invited all the old alumni back to thank them for giving us the opportunity to major into something amazing, and we wanted to honor them.  When they had set out on their protests, they knew that they would not have the chance to benefit from their protest.  They would have graduated and would be unable to major into something they advocated for, but their efforts gave the students after them an opportunity to learn more about themselves.  I myself benefited from their hard work, and I am eternally grateful for what they did.

In the past month or so, we attended the American Association of University Professors (AAUP) conference at Washington DC where we presented our research.  We are now trying to wrap up interviews and move on towards creating an exhibit and making a documentary.  Some of our interviewees were generous enough to give us materials from that time period.  Eileen Chun-Fruto, the Asian Pacific Student Association (APSA) Vice Chair during the 1993 protests, still kept the placards that some of the students wore during the protests.  We are in the process of trying to get more materials, and we hope to create a collection by the end.